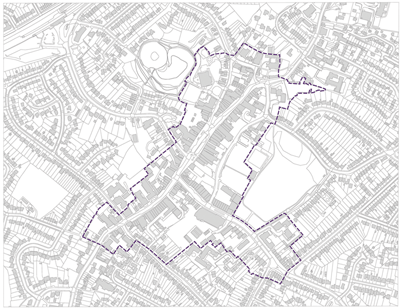 Rochford District Council is committed to preparing Area Action Plans (AAP) for its three main centres of Rayleigh, Rochford and Hockley. The AAPs will form part of the statutory development plan for Rochford District. This document focuses on guiding the development of Rayleigh town centre, and also considers its immediate surrounds.

The Core Strategy recognises the existing successes of Rayleigh town centre, including its role as Rochford District’s principal centre and strong retail sector, and high quality, historic environment. Although it is made clear that radical changes to the town centre are not necessary, the Core Strategy does set out the need for additional leisure uses and extra retail floorspace. It is important that the AAP provides a framework for development that will build on Rayleigh town centre’s existing strengths and allow for development that will enhance its current offer.

The AAP will, if adopted, form a part of the District’s Development Plan. Alongside the adopted Core Strategy and other key planning documents, the AAP will eventually replace the existing Replacement Local Plan (2006).

This version of the AAP will be published and placed on deposit prior to an Examination in Public (EiP). If the AAP is found sound at the EiP, it will be adopted.

Once adopted, the AAP will be used as a framework for the development of Rayleigh and in the determination of planning applications. It will be subject to the normal processes of monitoring and review.

Any representations on this version of the Rayleigh AAP should be sent to Rochford District Council.

1.3 Working with our community

In recent years a series of community engagement and consultation exercises have been undertaken in relation to Rayleigh. These have been in support of the production of the Rayleigh AAP and the Core Strategy for the District. The AAP has been informed through its various stages by the responses received to these exercises, which have included:

Most recently a further stage of consultation was held on the planning policy framework for Rayleigh that had emerged following the Issues and Options report. This was a public exhibition, which was held between 15 and 29 January 2013. A total of 44 response questionnaires were received as a result of the consultation and the key messages were that:

1.4 Working with our partners

Rochford District Council is working closely with its partners to ensure that the strategic and cross-boundary implications of the Rayleigh AAP are being fully explored and that any discussions will feed into its positive preparation. The Localism Act 2011 sets out a ‘duty to co-operate’, which requires such a process.

The AAP area is the same as the existing town centre. It includes the main section of High Street, Bellingham Lane, Websters Way, and Eastwood Road, as far as Queens Road. It also includes some sections of adjoining streets and the town’s largest car park on Websters Way.

Rayleigh is Rochford District’s principal centre and the retail offer in the AAP area reflects this status. Most of the ground floor units on High Street between Eastwood Road and Hockley Road are shops; other sections of High Street, in addition to Bellingham Lane and Eastwood Road, accommodate supporting uses, such as cafés, restaurants, pubs, other leisure uses and professional services. Websters Way and, to a lesser extent, Bellingham Lane play an important role in helping to provide access, servicing and car parking for buildings located on High Street.

Rayleigh Mount immediately adjoins the AAP area and forms a group of important heritage assets at the north end of High Street, with Holy Trinity Church and Rayleigh Windmill, which are within the area. The Dutch Cottage is also just outside of the AAP area, on the south side of Crown Hill.