5.1 Paglesham is a small polyfocal village, with the main foci at the small hamlets of East End and Church End. The remainder of the village comprises farms and cottages strung out along roads that link the main foci. The village is situated in the north-east of Rochford District, about nine miles north-east of the conurbation of Southend-on-Sea. The roads leading to the hamlets terminate there, and the village has retained a sense of isolation.

5.2 The village is low-lying and set at the eastern end of a peninsular of land between the River Crouch and the River Roach, bounded on three sides by river creeks and marshland on the saltwater floodplain. East End is located close to the creekside, and the estuarine islands of Wallasea and Potton are located to the east. The underlying geology is brickearth and loam-covered gravel terraces. The history and development of Paglesham is intimately linked to its relationship with the coast and the coastal marshes, in particular with the rise of the oyster fisheries in the local economy in the post-medieval period.

5.3 Historically the marshlands fringing the settlements were grazed, particularly for sheep pasturage. Today the land is mostly ploughed and East End is set in open arable farmland which is an important element in the special character of the settlement. The marshlands began to be drained in the medieval period creating fertile soils for cultivation, and piecemeal embankment and drainage took place until the final enclosure in 1774. The tithe map of 1838 shows a strong historic rectilinear pattern of fields around East End that is typical of Rochford District, and which may be of medieval or earlier origin (Fig. 2). There has been some loss of hedgerows around the settlement since the Second World War which has created large prairie fields, and has resulted in the erosion of this historic field pattern. This can be seen in the aerial photograph of the area (Fig. 3). 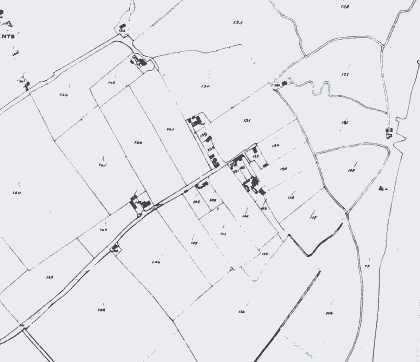 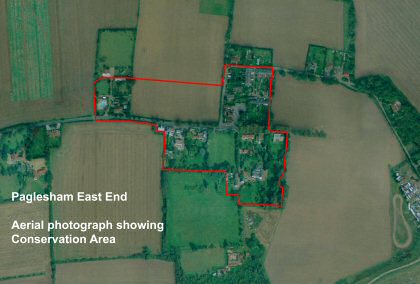